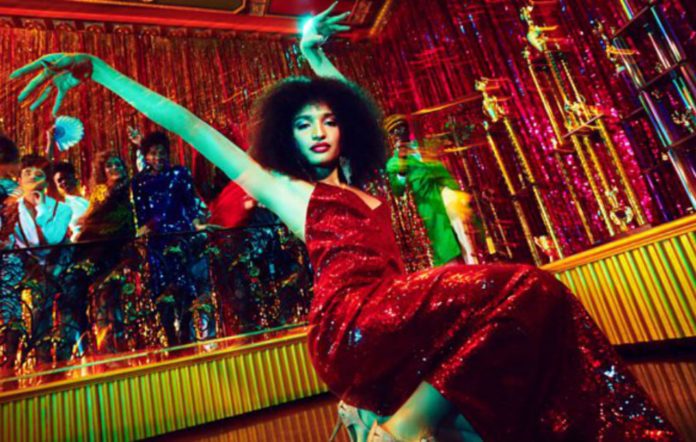 Pride is defined as “a high or inordinate opinion of one’s own dignity, importance, merit, or superiority.” For some, June is much more than rainbows and parades, and while the celebration is completely necessary, for others the work continues all year long. Here at The Reel Effect, we want to take the time to recognize those paving the way and representing the LGBTQ+ community within film and television.

Laverne Cox first appeared and captivated our hearts as Sophia Burset on Orange is the New Black and since then has appeared on several films and television shows (Disclosure: Trans lives on screen, “Doubt”). Cox is the first transgender woman to be nominated for a primetime Emmy and has also been awarded for her advocacy for trans-rights. In an interview with Marie Claire she said, “A lot of people think ‘If this transgender person is able to have equal rights and access then they’re taking something from me.’ It’s a scarcity narrative. If we can move from scarcity to abundance in our rhetoric…I think that will allow us to begin to believe that there’s enough to go around”.

Best known for his performance as Pray Tell on FX’s POSE, Billy Porter has appeared in several other television shows, films, and theatre productions both on and off Broadway (Kinky Boots, Like a Boss). Porter is also a singer and known for his brilliant gender bending fashion styles. He’s won several awards including: a Golden Globe, an Emmy, and a Tony, for both his singing and acting talents while also being a philanthropist working and raising money with GLSEN, an organization that is working to end discriminations against the LGBTQ+ community. He’s also recently become open about discussing his 2007 diagnosis of HIV and the effects of living through the crisis in the 80s.

Actor, writer, and podcast host, Brandon K. Goodman is a breath of fresh air within the industry. In his recent theatre performance “The Latrell Show”, Goodman co-writes and stars as Latrell Jackson discussing the intersection of being Black and Queer. He’s also a major advocate for Black Lives and LGBTQ+ rights.

Also known for her lead role on POSE as Blanca Evangelista, MJ Rodriguez has also appeared on other films, television shows, and theatre productions (Little Shop of Horrors, Luke Cage). Rodriguez is noted as the first trans-actress and character in the Marvel Cinematic Universe, the first trans-woman of color to play the role of Audrey (Little Shop of Horrors) in a major production and recently signed as the first Latina trans-woman to partner with Olay Body. In an interview with Joe Fryer for “TransAmerica” Rodriguez said, “We haven’t shattered that glass ceiling yet. It’s just a bit cracked. There’s great things in knowing that…It’s cracked, so that means there’s work being done.”

Notable for her appearances and performances in ballroom, Amiyah Scott is now an actress (“Star”), entrepreneur, and author (Memoirs of a Mermaid). She was also cast as the first transwoman in the “Real Housewives of Atlanta” in it’s eighth season. She is a motivational speaker and activist for trans-rights and recipient of the GLAAD Rising Star Award.

Dominique Jackson is a Tobagonian-American actress, model, and author. Another POSE alum Dominque is probably best known for her role as Elektra Abundance in the FX television series. In 2015, she appeared in My Truth, My Story: A Caribbean LGBTQ+ Oral History Project as well as other television and films (Strut, Chick Fight). Jackson has also appeared in Vogue España and in the 2021 Mugler Fashion Show.

Known as the “Wonder Woman of Vogue”, Leiomy Maldonado is a legendary dancer, choreographer, model, and activist. She is the first transgender woman to appear on MTV’s America’s Best Dance Crew (Season 4, Vogue Evolution). She has worked with several performers including Willow Smith, and Icona Pop. She is currently a judge on HBO Max’s Legendary alongside Law Roach, Megan Thee Stallion, and Jameela Jamil. She also choreographs the ballroom scenes on FX’s POSE. She is the second transgender woman to be featured on a Nike advertisement.

Host of HBO Max’s Legendary, Dashaun Wesley stuns the audience with his commentary and education on Vogue and Ballroom culture. He’s also appeared on POSE, Magic Mike XXL, and Hit the Floor. Wesley is a member of the House of Lanvin, who also competed on Legendary.

Critically acclaimed for his role as Uncle Clifford in Starz P-Valley, Nicco Annan is an actor, dancer, and choreographer. He’s appeared on other shows such as Claws, Snowfall, and This is Us. He also is the choreographer for the CW’s All American. When addressing his recognition for the role of Uncle Clifford, Annan told ET, “I am like a kid in a candy store, for such a bold character and such an old world to be embraced in a bold way, it feels like change…It feels like ‘Oh, this is why I waited. This is why this did not happen 10 years ago because the time is right now.”

Last but not least, we have Janet Mock! Writer, director, producer, and trans-rights activist, Mock has worked with Marie Claire, People Magazine, and Elle. In 2019, Mock made history as the first trans-woman to sign with Netflix and a production pact with a major studio. She’s also been named as one of Times 100 most influential people. With POSE ending, we’re sure to be on the look out for what’s next from this trailblazing woman.

As we close out our list and as Pride 2021 comes to an end, it’s important to remember that acknowledging and respecting members of the LGBTQ+ community is something to be done all year long. As a society we must embrace all of our differences and qualities that make us unique because in the end they will make us all better. Happy Pride!