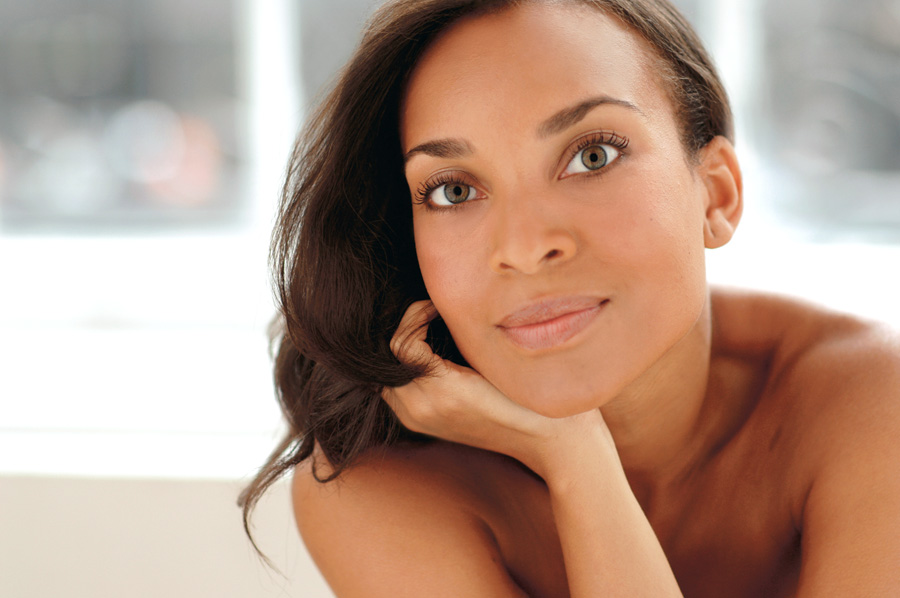 The Reel Effect founder, Meah Denee, recently had the opportunity of interviewing actress, writer, and director Nia Fairweather about her journey to becoming leading lady in the Netflix movie A New York Christmas Wedding. Fairweather’s journey to her purpose was not a simple one. As a first generation daughter from a Caribbean family Fairweather was raised around black culture and the arts in Brooklyn, New York. As a child she was shy and did not venture into the world of acting until adulthood and along the way she learned how to be strategic and stand out during her acting auditions. A weapon every actor wants to know and use! Read more about Nia’s journey and the tools she used to develop and propel her acting career below.

Meah Denee: When did you decide that acting was what you wanted to pursue?

Nia Fairweather: While I was in this space of trying to figure it out, I made a decision that I needed to follow into something that, at least if I got laid off or something happens I would still feel like a whole person and feel fulfilled. My biggest observation was that people were upset for many reasons but I always wondered if they were even doing what they enjoy? Or was it just the security that was provided at that time? It was nothing against those choices but I think, in that moment I realized I get to be that generation that gets to choose.

I just was like, this feels right for me. At least following a path of an artist. So there was a lot of journaling, a lot of soul searching, a lot of The Alchemist, and Oprah’s book club. And then serendipitously, like the immediate next day, a friend whom I hadn’t spoken to in a while texted me. She was like she’s in an acting program, and I was like “What! How do you do that?” And I showed up at her school and I started taking classes and then very quickly they were like you need to go into a conservatory. I enrolled in drama school, and then I told my parents!

Meah Denee: Once you finally figured out that acting was something you wanted to do, what were some of those early disciplines that you had to put into your mindset or put into your routine?

Nia Fairweather: It’s a balance. I got accepted to drama school, and had to pay my tuition on my own. So I had to work to pay for school. It took a lot of discipline because I also had to have the energy to be present. Here I am having to memorize scenes, plays, and blocking and you’re learning all these new things that you haven’t experienced before.

So, the discipline was being clear on what my responsibilities were, I had to show up 1,000% at work because I needed that, and then show up at the school, 1,000%, because this is what I’m investing in.

I didn’t think once you get into school you have to buy the plays, you have to bring your props. I was schlepping all my stuff on the subway in a wheelie suitcase. I would never change it for the world, to be quite honest, that experience, because it taught me what it means to invest in myself.

Budgeting was important. I was living the leanest of lives! I didn’t go out as often.  And then you find ways. I mean, the library at the Lincoln Center, forever grateful, because they have every play on catalog,  which most people didn’t know.

I literally went in and pitched myself as a journalist because they were like only the journalists can have access!  Like who else needs this but the actors! So I got a special pass just to watch performances because I couldn’t afford it. Broadway tickets are expensive! So that discipline is still needed to this day, to balance one’s time and one’s budget.

Meah Denee: I know you are a screenwriter as well as a director but how did acting help you in those areas of screenwriting and directing?

Nia Fairweather:  It’s two things, I think from acting you’re reading so much.  You’re reading a lot of plays or reading a lot of writings. I like a lot of novels as well. People think that we only read plays or screenplays.  Reading a novel, especially fiction, is really great because it forces your imagination to create a world. In the same way, reading a play would.

I think reading those things just taught me a little bit about structure. I didn’t realize it until I started writing.

My segue into writing really came out of auditioning.  I graduate from drama school and they’re like you have to go out on auditions. You are supposed to form a piece that represents you, so that they can get a sense of you as an artist. Truthfully, most of the plays that were out and that I had access to, I didn’t feel represented in them. They weren’t black characters and they weren’t young women, they all felt like the same kind of characters. I need something that speaks to me.

I came into this not knowing the rules. So, I didn’t know that you can’t write your own monologue. I didn’t know, you didn’t do that! I just knew I was looking at plays, and if you’re young and black most people were performing Raisin in the Sun, and there are several characters but I was like, everybody’s going to do that, how do you stand out?

And so I wrote my own monologue, and gave it a title and performed it. ~ Nia Fairweather

They were like, “what is that from? I think I know it!” And I’m like “You don’t know it! I made this up!” So I ended up getting more time in the room, because they started asking what inspired it? Do you write other things? These were theatre companies so they were more curious about the artistry. I did not plan that! I was just trying to figure out how to get in the door. It was just pure resourcefulness, and me wanting to give voice to something I wanted to say, and, that’s really how I started writing.

So what acting has done for me is that I understand dramatic art. I understand dialogue, and I understand rhythm, and a lot of that translates into my writing. The actor really exposed me to read more because I was reading a play a week, two, three sometimes.  For several days I’m reading new material, so you just learn and pick up on some structure that way.

Meah Denee: You became the leading lady for last year’s Netflix Christmas movie, A New York Christmas Wedding. Did you prepare differently for this role because you would be a lead or was your process kind of the same.

Nia Fairweather: That was my goal, leading lady of a feature film before I was even in a film!

That’s what I wanted and I knew I could do it. I think coming into the process of preparation for being a lead in a play, or even a lead in a short you’re still the voice of the film. To me, whether it is a short, whether it’s a table read, whether it’s a play or a feature film.

I’m still going to show up 1,000% because at the end of the day, that’s the main voice in the project. With A New York Christmas Wedding the challenges are filming for an extended period of time. So making sure all of my scenes were super tight, tracking each day, and making sure my focus was on Jennifer, and staying in that discipline for two and a half weeks compared to a short that may require two to three days.

The preparation for it was definitely a lot of work beforehand. Most of my work was before getting on set, knowing it backwards, forwards, having it memorized so I can move quickly. So you can really just be in it at the moment, bounce off of other actors and be able to say no, I’m very clear what this moment is, and I just want to make sure that this is true, and being able to advocate for that little place of knowing versus asking for permission.

Meah Denee: What advice would you have for storytellers that are trying to figure out their writing style or just trying to tell a story and they don’t know how to figure out what part of the story to really tell?

I say write and let it tell you to be quite honest. ~ Nia Fairweather

Nia Fairweather: If you’re an actor who doesn’t have the work yet, I say write something that you think showcases you. Keep it five minutes or less because that’s just what everybody is used to when it comes to reels. I’ve gotten more meetings off of that five minutes in my short film, Oordeel, then when I was actually in a film.

Also, if there is a budget, if there are parameters on what you are creating then that will inform your script as well. But the truth of the matter is write what you think is a solid piece and let that determine what you can do with it. For example, we could have submitted Four Seasons to more film festivals but we would have had to cut the piece down for time requirements but that would have changed the story, changed the rhythm and flow, so there are film festivals we didn’t apply to. To me the integrity of the story is more important, and that’s the thing most people don’t tell you.

You can continue to support Nia Fairweather and her future projects by visiting her website and following her on Instagram. Fairweather’s most recent short film Four Seasons won several awards at the Diversity in Cannes Short Film Showcase this year!