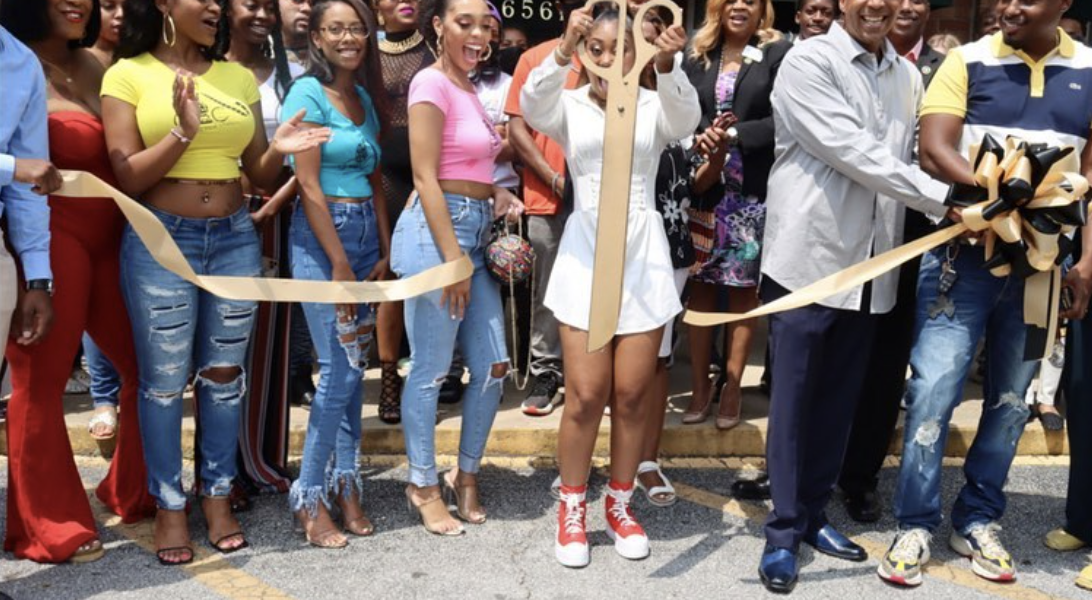 Black and Latin Film Businesses To Love And Support

In support of Black Business Month and Hispanic Heritage Month, we wanted to highlight a couple of Black owned businesses specific to the film industry! Take a look…

C & C Movie and Film Studio is a production studio in Riverdale, GA, founded by Chatejah George, one of the youngest in her field at 23 years old. George is no stranger to the industry with a record deal and clothing line of her own already; she wanted somewhere for herself and affordable to other creatives. The studio contains several sets including a jail, a hospital, and a barbershop. Pictures of all the studios are available as well as booking information can all be found on their website and social media page

Starting with a degree in business and beginning as an Indie-filmmaker herself, CEO & Founder Emelyn Stuart created an independent theater, community center, and warehouse all in one in 2018. Stuart Cinema is located in Brooklyn, NY and hosts a café, a stage, and two film festivals. One of those festivals being The Stuart Cinema & Café Distribution Series, their own festival to help fellow artists distribute and monetize their work. The space is also available to rent for screenings.

In January 2020 actress, screenwriter, and HBCU student Jazmin Johnson founded BLKFLMMKR. While the website looks aesthetically pleasing, BLKFLMMKR hosts a community of Black and POC involved in the filmmaking industry. Johnson herself has worked with BET, OWN, and most recently for EUPHORIA on HBO Max. The site, as well as their social media accounts are updated frequently with job opportunities, tips and tricks for the industry, and new merch. You can register for their newsletter and find their email opportunities on their website!

ATLiER Props is the first Black owned prop house in the United States and located near downtown Atlanta. Owner Kelvin “Panda” Tyler and the 15,000 sq. ft. property holds a collection of both modern and dated objects for rent as well as a catalogue to choose from. They also house a taxidermy office which is also available to their clients. Tyler has worked as a freelancer within the industry and is also a photographer.

While working and building sets, creative entrepreneur Marq Robinson discovered a need for costumes that were affordable and easy to reserve. In 2017, Thrifty Rents was created with six prisoner costumes and has now grown to offer costumes including, law enforcement, doctors, referees, and priests starting prices at $30 for rentals. Robinson also has also created Off Echo and LA Enthusiast in efforts to serve and support the community. Thrifty Rents is located in the LA area but out of state rentals have subject to approval.

Outside of providing media and workshops Blactina also has a Blactina gallery where they sell and showcase Afrolatinx and Caribbean art.