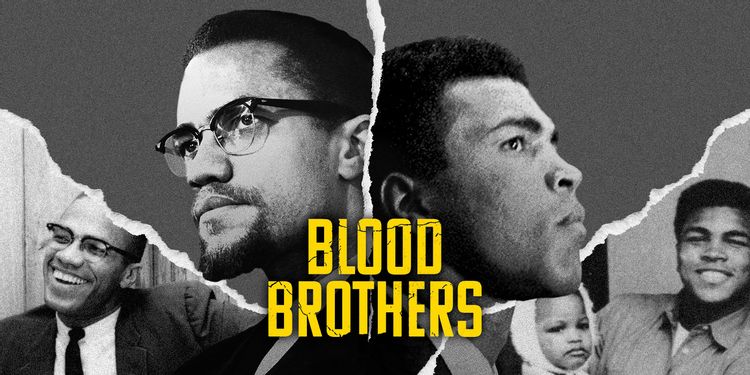 What To Watch In September? Reel Black Releases Is Here!

Cinderella is an upcoming romantic musical written and directed by Kay Cannon. Based on the fairy tale by Charles Perrault, it stars singer Camila Cabello as the titular princess character in her acting debut, with Idina Menzel, Minnie Driver, Nicholas Galitzine, Billy Porter, and Pierce Brosnan in featured roles.

Following its popular first season Wu Tang: An American Saga picks up with Bobby Diggs character bringing together the whole group and it looks like this season we will finally get to see them come into their early stardom. Check out the show synopsis: In early 1990s New York, Bobby Diggs strives to unite a dozen young black men who are torn between music and crime but eventually rise to become the unlikeliest of American success stories.

The new drama, from Tyler Perry Studios, takes viewers into the world of male exotic dancing starring Eva Marcille, Skyh Alvester Black,  Candace Maxwell, Raquel Palmer, Michael ‘Bolo’ Bolwaire, Keith Swift, Dion Rome, Jeremy Williams, and Christian Keyes. The series was created by actor Christian Keyes, and based on the popular book Ladies Night, which follows the life of “Marilyn ‘Madam’ DeVille,” a self proclaimed businesswoman at the top of the nightclub industry but soon finds out that more money also leads to more problems.

Blood Brothers tells the extraordinary and ultimately tragic story of the friendship between two of the most iconic figures of the 20th century: Muhammad Ali, the greatest boxer of all time, and Malcolm X, the Nation of Islam’s – and black America’s – most incendiary and charismatic leader. This was the unlikeliest of friendships – the brash Olympic Champion who spoke in verse to the amusement of the white press and the ex-con intellectual-turned-revolutionary who railed against the evils of white oppression and dismissed sports as a triviality. But their bond was deep, their friendship real.

Redemption is the long game in Paul Schrader’s The Card Counter. This revenge thriller tells the story of an ex-military interrogator turned gambler haunted by the ghosts of his past decisions, and features performances from stars Oscar Isaac, Tiffany Haddish, Tye Sheridan and Willem Dafoe.

Here’s the synopsis according to FX: “‘The Premise’ is a bold and provocative half-hour anthology of standalone stories about the times we live in. The curated collection of character-driven episodes challenges our shared morality tales, choosing art over argument, as it engages with the most relevant and meaningful issues of the modern era.” Some of those issues include pressing topics like gun control, identity, social justice, sex, capitalism, revenge, love, fame, and social media. The series has a star studded cast including Tracee Ellis Ross, B.J. Novak, Jermaine Fowler, Ayo Edebiri, Daniel Dae Kim, and more.

follows the early adventures of famed Harvard symbologist Robert Langdon, who finds himself pulled into a series of deadly puzzles when his mentor is kidnapped. The CIA forces him onto a task force where he uncovers a chilling global conspiracy. The series stars Ashley Zuckerman, Rick Gonzalez, and Sumalee Montano.

The series is about a group of diverse people that are dissatisfied with some area of their lives. This group of down-on-their-luck characters attempt to change their lives by participating in a potentially life-ruining reality dance show that builds to a live production of “Swan Lake.”

It looks like Fox is coming with a drama that might measure up to Empire. Our Kind of People, follows a strong willed, single mother has she fights to gain her piece of the pie from a family that never wanted to accept her. Yaya Dacosta plays Angela Vaughn the owner of a revolutionary hair care line that highlights the innate, natural beauty of black women. The show also stars some of our favorites like Morris Chestnut, Nadine Ellis, Joe Morton and Lance Gross.

After three season of conscious speeches and satire the students of Wincester are finishing of their senior year and the final season of Dear White People with a musical! I know none of us asked for this but hopefully this last season is the last hoorah we’ve been waiting for from the series.

Narrated by Don Cheadle, this coming of age reboot tracks the life of young Kevin Arnot in the turbulent late 1960s and early ’70s.  The show follows him as he faces first love and the obstacles of life with his best friend Paul.

Rihanna really needs no introduction or show synopsis. The billionaire is dropping the third volume of her Savage X Fenty lingerie fashion show this September on Amazon Prime.

The South African teen mystery drama returns. After crossing paths at a party, a Cape Town teen sets out to prove whether a private-school swimming star is her sister who was abducted at birth.

Executive produced by Curtis “50 Cent” Jackson, BMF or Black Mafia Family is an upcoming drama television series, which follows the BMF, a drug and money laundering organization. The series is inspired by the true story of two brothers who rose from the decaying streets of southwest Detroit in the late 1980s and gave birth to one of the most influential crime families in this country