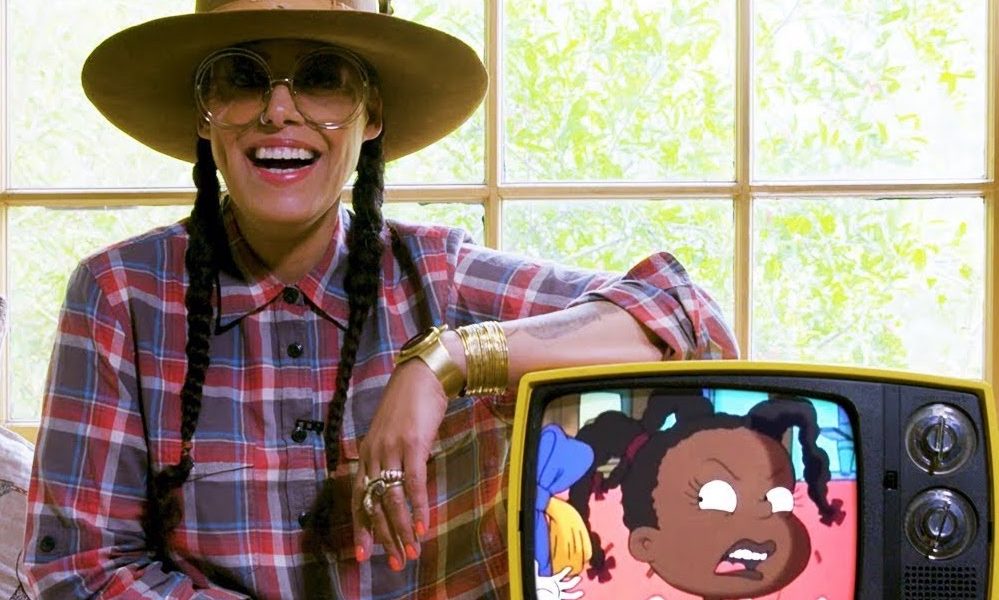 Black Woman In Animation, Cree Summers Can’t Be The Only One?

Animation has always provided a sense of wonder and astonishment for it’s viewers. For little black girls, seeing themselves through this outlet is even more special. While representation and inclusion are major movements now, this was not always the case.

When speaking on animation and representation Cree Summer has consistently been present and existent within the industry in her career. Summer has voiced hundreds of memorable characters, most of which resemble herself such as Susie Carmichael (Rugrats), Numbah 5 (Codename: Kids Next Door), and Princess Kita (Atlantis: The Lost Empire). Nickelodeon also recently released a short clip of notable Black voices in animation in honor of Black History Month, in which Cree Summer was the first named. In an interview with Splinter News, Summer was asked about how the animation world has changed for women of color, to which she responded, “Not very much…I think I’m qualified to comment on that ‘cause I do all the black characters. There’s not a lot of them.”

Statistics done by USC Annenberg show that over 100 animated TV series’ created, only 39% have had a female cast and only 12% included women of color. The want and need for women in animation are definitely there, but unfortunately has not been reflected enough in execution and production. On the brighter side of all of this, there are several outlets working to close these gaps.

In 2019, Pixar Animation Studios launched SparkShorts, a short series of animated shorts directed by women and people of color to gain more experience and leadership in the animation industry. The shorts were all supported by Pixar following the guidelines of being animated, short, character driven narratives. The first shorts released were “Purl” (Kristen Lester), “Smash and Grab” (Brian Larsen), and “Kitbull” (Rosana Sullivan).

These were released on YouTube and further shorts will be found on Disney+. President of the non-profit, Women in Animation, Marge Dean stated “So five years ago, I would say the animation industry was pretty much a boys’ club,… Those opportunities really increased beginning in 2017. That’s when the #MeToo movement took off…That changed everything ,that’s when everyone woke up and goes, ‘No, we’re serious about this.'”. Maureen Fan, who is Asian American and the CEO of BaoBab Studios added that the next step is getting women to the top. “There’s the grassroots bottom-up. But there’s also top-down. Right, so, people tend to hire people like themselves. So if you end up having more diversity at the top, it will naturally also be bringing in more diverse perspectives.”

Taylor Shaw, creator of Black Women Animate, launched this production company “to improve the representation of Black women in animation. Shaw works with a team of Black women animators on her own projects as well as creates opportunities for them to be seen in their own work. Monique Henry-Hudson is the founder of DiverseToons; another outlet designed “to highlight the need for diversity within the animation industry.”

Of course there’s always progress to be made, but by having trailblazers such as these women listed above, there will be continue to be inspirations to prompt the rest of the industry forward. While the need for women in the industry remains, there are still other ways in which women and people of color can be seen on screen.

On February 9th, 2020, Hair Love, an animated short by Matthew A. Cherry and Karen Rupert Toliver showing the relationship of a Black father and daughter combing her hair for a special visit, won an Academy Award for Best Animated Short Film. In their acceptance speech the two made sure to emphasize the importance of representation in animation as well as normalizing Black hair.

When asked about advice they would give to other little Black boys and girls , while speaking to press after their win, Matthew and Karen who are interested in animation had this to say, “This film was for you…this film was made for you to see yourself,…there is space for you in animation and hopefully this win will help to propel the next generation of diverse people and people of color into that world.” Toliver also echoed that “Animation like any other medium is place to tell a story, and if those little girls and boys, if they have a story then come on, I’m ready for you.”. This film gives validation that Black children, and Black families have more stories to be told than those that are repeatedly stereotyped. Projects like these are the ones that will spark inspiration and promote pride to all of those pursuing animation as a career.