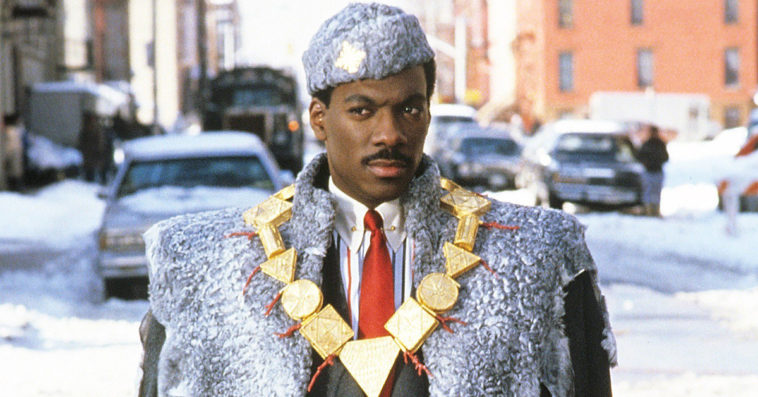 Over 30 years ago, Eddie Murphy amazed and entertained us with his plethora of characters like Saul, Randy Watson, Clarence, and Prince Akeem! Our favorite being the Prince of Zemunda, Akeem, has come back to entertain us this winter!

Finishing up their shooting schedule last October 2019, the sequel was directed by Craig Brewer, known for his work on Hustle and Flow, Black Snake Moan, and Fox’s Empire. Along with projects Brewer previously worked on alongside Murphy like Boomerang and his latest Netflix project Dolemite Is My Name.

Occurring in the present day, Coming 2 America picks up 32 years later with Prince Akeem (Eddie Murphy) and Lisa (Shari Headley) still married and have a daughter named Meeka (KiKi Layne). On his way to be crowned King of Zamunda, because of the passing of his father, King Jaffee, makes one final wish. King Jaffee makes Akeem promise to return to America and bring back the son he never knew existed, so he can take the role as Prince of Zamunda.

On top of that, the Kingdom of Zamunda is in negotiations with a neighboring kingdom, ran by General Izzi (Wesley Snipes) to reunite the two kingdoms in harmony, as long as the negotiations go well. Prince Akeem faces many challenges it seems and we are interested to see what guest performances appear in the movie.

If you are wondering who is on the roster to be in the sequel you will be pleased to know that everyone from the main cast is returning for the sequel! Even down to Prince Akeem’s loyal servant Oha (Paul Bates), Prince Akeem’s former fiancee Imani Izzi (Vanessa Bell Calloway), and the McDowell’s employee Maurice (Louie Anderson) are slated to be on the screen. Celebrities like Leslie Jones, Tracy Morgan, Michael Blackson, Garcelle Beauvais, Lunell, Rick Ross, Rotimi, and Teyana Taylor are also listed on the films IMDB account as appearing in the movie.

So it truly will be a homecoming on the screen this winter, not only for seasoned and classic actors but newer ones like Prince Akeem’s daughter Meeka played by Kiki Layne. You probably recognize her from her latest role in Netflix’s The Old Guard where she played a new immortal coming into her immortality and discovered by Charlize Theron’s character. It was a great movie!

The Guardian spoke to Layne about her previous roles in movies like If Beale Street Could Talk along with her role as Meeka in Coming 2 America, she had this to say.

“Oh my goodness, Meeka, she is a powerful woman! So, I’m Prince Akeem’s and Lisa’s eldest daughter and let’s just say I am therefore the rightful heir to the throne of Zamunda. Honestly, it still hasn’t hit me yet. I’m gonna have to actually see the film and then I think it’s going to hit me like: “Girl, you are Eddie Murphy’s daughter!”

More recently, Michael Blackson revealed in an interview on Kickin It with Kool Kard that he did not have to audition for Coming 2 America. He was actually requested by Eddie Murphy and Arseno Hall to be in the film after TMZ approached Murphy with a quote from Akon saying, more African actors need to be in the sequel. Murphy said he knows one funny, African actor already, of course, it was Blackson. His agent took it from there, reaching out to the casting team for the film making it known Blackson was requested personally by Murphy to be in the film, and the rest is history!

The long awaited Coming 2 America sequel is expected to release on December 18, 2020, of course, its release is dependent Covid-19’s affects on the economy, and if theaters will be safe to attend by the winter. Either way I know this will be an international hit with thousands of people ready to see this sequel.

Let us know your thoughts in the comments, are you excited to see Coming 2 America? Do you think it will live up to the original?