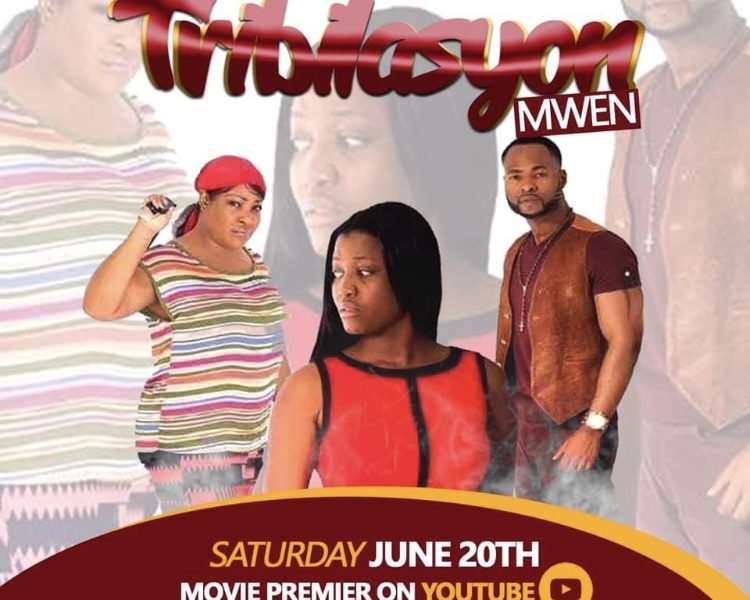 Producer Sterline Delphonse On Her Rise To Becoming A Haitian Filmmaker!

Sterline Delphonse is a Haitian filmmaker, a business woman and an actress. In 1991, Delphonse was born in Port-au-Prince, Haiti. In 2006, she moved to the United States with her two other siblings. Delphonse completed her early education in Haiti and finished in Miami, Florida.  In 2017, she obtained her undergraduate degree in healthcare at Florida International University. Although, she acquired her degree in healthcare. She said, “after a few months of working in healthcare it’s not for her.” In searching of her true passion, she discovered acting, filmmaking and owning her own business is her calling. In 2012, Delphonse made her first debut in a Haitian film call Destination. Destination was directed by M.C Bob Productions, a local film production that is based in Miami, Florida. Soon after, her clothing line KreyolGlamour was released. An online boutique clothing line consist of all the classic, sophisticated, and latest trends for women and men. “Her aim for this line is to inspire the consumers to feel authentic as most of the pieces are detailed oriented.” Delphonse stated.

Abused and Tribilasyon Mwen are her two most successful films that she directed and acted on. The two films genre is drama, Delphonse is most intrigue by drama. “I find this genre engaging due to its unpredictability and unexpected ending.”  Said Delphose during our interview. In 2015, Tribilasyon Mwen was released. Delphonse directed and acted in the film. Her goal was to bring awareness to toxic behavior that Haitian daughters undergo from their mother. Although not all but typically, in Haitian culture some mothers can be extremely overbearing.

As the story unfold, the daughter rebel and evicted from the home. Now, we have an inexperience teenage girl taken advantage of by her boyfriend. She ended up pregnant and homeless which result to her death. She lost her daughter because of her toxicity.

In 2017, the second film Abused came out. This film walks us through a dramatic experience of a newlywed woman. Their life seems amazing on the surface but quickly turn upside down. The wife begins to experience severe physical abuse few months after marriage. The husband was arrested for domestic violence in his previous relationship. Nonetheless, the wife was unaware of it. In the film, her fairytale comes to an end but at a price.

Orlande Fleury:  How did you start in film and television?

Sterline Delphonse: “I started out by watching a lot of scary movies and I felt in love with it. I feel like the Haitian movie industry do not have enough interesting films in the market. That was an inspiration for me, and I decided to bring Haitian cinema into the forefront. Reginald Lubin was also an inspiration as well. Lubin is my favorite Haitian producer. Producing film is not an easy task. There is a lack of resources that we experienced in the film industry. However, I am a strong believer of anything is possible when you believe.”

OF: Tell us about your experience as a film movie producer and an actress?

SD: “It is extremely difficult to perform both roles simultaneously. I just recently become a mother to a new born.  Right now, it is challenging to balance work and mommy duties. So far, during my past films, I have had amazing experience and work with talented producers and actors. We do have committed talents striving to push our industry. And I am extremely grateful that I had the opportunity to work with them.”

OF: Does your work address any social or political issue?

OF: What are your thoughts on the entertainment industry in Haiti within television, film, and digital media?

SD: “My thoughts on the entertainment industry are the filmmakers does not get enough support from the community. We do not own a streaming platform nor a television network. Thus, it can be discouraging at time for Haitian filmmakers. We have an interested culture and a story to tell. I think there are extreme passion and effort that goes into creating interesting stories. With more support from the community our industry does have the potential to grow.”

OF: How has the history of Haiti influenced your career?

SD: “Haiti has a phenomenal history. It is the first black republic country. I am extremely proud of our history, and it is a prideful feeling. The history is what continue to give me strength and courage to pursue my goals and to never give up on my dream.”

OF: Who would you love to work with?

SD:“I would love to work with several producers and actresses in the Haitian community which I’m not going to mention any names. Part of my biggest dreams is to appear in one of Tyler Perry movies. His movies are extremely hilarious, and I admire his talent. He is amazingly talented and an inspiration.”

OF: What projects do you have coming up?

SD: “I am currently working on a short film. It is a drama series, but I want it to be a surprise to my fans. I do not want to talk much about it. But this project will consist of 10 episodes. It is about love and relationship and based on the feedbacks I will gain from the audience I might produce more short films or another movie.”

Orlande Fleury is a writer, scholar and a researcher. Ms. Fleury graduated from Brooklyn College, the City University of New York, with a Bachelor of Arts Degree in Communication and a minor in Political Science. She also acquired her Associate Degree, with a major in Communication Studies, from Borough of Manhattan Community College(BMCC). As a writer her aim is to inspire, educate and inform.