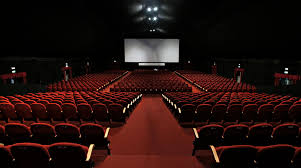 How COVID-19 Has Haulted the Television and Film Industry

Through the swarm of the COVID-19 pandemic the TV & Film Industry are among the rest of the world at a unprecedented standstill. Riverdale, Law & Order: SVU, and The Morning Show are among several other TV shows that have haulted production as well as countless other film premieres and festivals that have essentially jumbled the 2020-21 release calendars. Variety Magazine reported that with all the movie theater closures, especially in high profile areas such as Los Angeles and New York, the North American weekend box office took a loss of $55.3 million. The lowest in almost 20 years. Just like so many other businesses careers and jobs alike within this industry are all faced with (possible) unemployment and no window of reopening. Even streaming services like Netflix have taken a hit during the spread of coronavirus; with grossing $15 million last year, the stretch to their goal of $17 million is just out of reach now.

In another account, Forbes.com also stated that “Many production insurance companies are refusing to cover programmes against COVID-19 because of the growing financial threat that having important talent or a key member of the production team, drop out due to infection brings.”

All things considered in this anomalous season, there is still a light to be seen. In an attempt to aid their own employees & creators, Netflix has promised $100 million relief fund in the midst of this coronavirus crisis. Chief Content Office Ted Sarandos also told Forbes, “Most of the fund will go towards support for the hardest hit workers on our own productions around the world.” The company also plans to donate $1 million to several non-profits like SAG-AFTRA Covid-10 Disaster Fund, The Motion Picture & Television Fund, and The U.S. Actors Fund Emergency Assistance. Along with Netflix, HBO has also agreed to pay workers who’s projects have been affected by the virus. Deadline announced “…that HBO has agreed to a payment schedule that will include giving actors 25 percent of their pay now, 25 percent when production on their shows was supposed to start, and the remaining 50 percent when filming commences.”

Ava DuVernay is also stepping up with Array Grants. Deadline also noted, “Array Alliance has launched Array Grants, a $250,000 funding initiative for arts organizations that focus on narrative change by people of color and women of all kinds. The fund helps support film festivals and screening series impacted by the COVID-19 crisis.”

Through this unparalleled time of seclusion and social distancing, it’s hard to not think of what the new normal will look like and even when we’ll get to it, but remembering that we are #AloneTogether is something propelling us all forward.