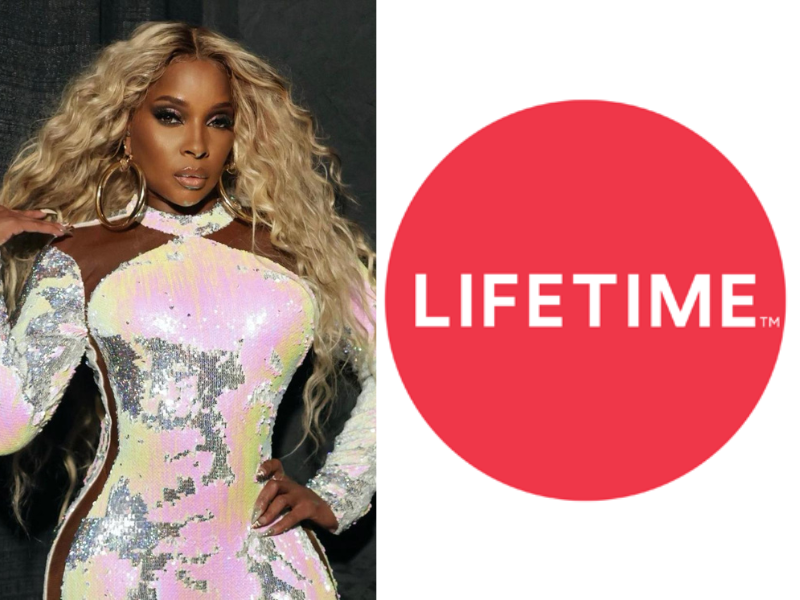 Lifetime, the longtime network that has advocated in telling women’s stories for decades, teams with Blige for upcoming movies in 2023.

No sense in hating or hollering with the news of this collaboration. The Lifetime Network is expanding their portfolio by working with a familiar face in music and television alike. Two-time Academy Award nominated actress and 9-time Grammy Award winning singer, Mary J. Blige. Blige is set to executive produce two original films with one centered around one of her biggest hit singles ‘Real Love’. The second film, ‘Strength of a Woman’, no doubtfully named after her 2017 album. Blige’s own production company, Blue Butterfly, will produce the films with aid from Ashaunna Ayers and Nicole Jackson.

One of the songs that Blige is most notably acknowledged for is her 1992 single that landed on the Top 10 Billboard charts and certified gold, twice. Obviously, the next best move was to depict ‘Real Love’ in real life by turning it into a film. Via Lifetime website, the synopsis on the movie is described as “[a] coming-of-age romantic drama.”

“Kendra sets off on her own for the first time to a college in upstate New York, determined to focus on her studies. But when she meets her film class partner Ben, she tries her hardest to keep things professional. Despite disapproving parents, financial hardship, and competition for the top spot in class, Kendra and Ben find themselves falling hard for each other and ultimately learn the meaning of real love”.

The Queen of Hip-Hop Soul undeniably shares her truth in the echoes of her iconic 30+ year career through her music. In a recent statement Blige expressed how fans have resonated with her lyrics which in an ironic turn of events led to this venture with Lifetime.

“It’s exciting to now use this song and my music to create a new story by way of film, continuing to build on a pillar of the foundation of my production company, Blue Butterfly. My passions for acting and music now include developing diverse stories with music as the backdrop. I am grateful to Lifetime for their partnership in the story of ‘Real Love.’” says Blige.

This partnership comes as no surprise considering Blige had two roles in two different projects with Lifetime. The film ‘Betty and Coretta’ being the first project. Blige played alongside Angela Bassett in the telling of the wives’ lives during the civil rights era after having to deal with the murders of their slain husbands Martin Luther King Jr. and Malcolm X. In 2020, Blige co-executive produced the top-rated original Lifetime film “The Clark Sisters: The First Ladies of Gospel,” alongside hip-hop pioneers Queen Latifah and Missy Elliott.

“Mary is one of those phenomenal talents that can do it all, and we are so thrilled to be able to partner with her again on this new opportunity to bring her music to life in the form of a movie that we know audiences will love,” said Tanya Lopez, EVP Scripted Content, Lifetime and LMN.

The writing team consists of Sonja Warfield and Rachel Ingram. Additionally, Sony Pictures Television are the distributors and John and Jordan Davis will serve as executive producers from Davis Entertainment.