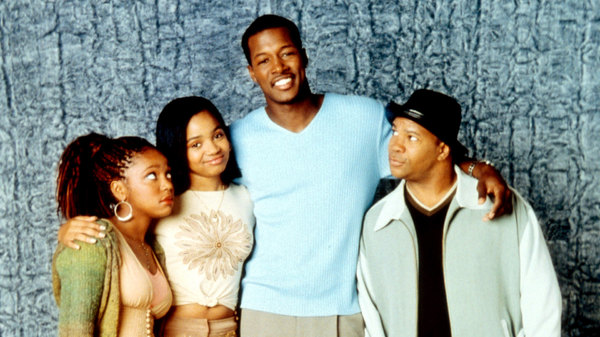 As Father’s Day approaches, it’s the time of year where we show thanks and appreciation for all the father figures in our lives. In this list, we give special shout outs to some memorable single fathers from some favorite and iconic films and TV shows.

10. Will Wright (Nappily Ever After)

Will Wright, played by Lyriq Bent, is the single father to Zoe Wright, and as sweet as she is, has some pretty rough edges. Abandoned by her mother, Will took the initiative and became a strong role model for his daughter, teaching her the importance of being herself and embracing her natural beauty.

After the death of his wife, Kenan Williams (Kenan Thompson) takes on the single father role to his two daughters Aubrey and Birdie, played by Dani and Dannah Lane. In the pilot episode, we see Kenan still working as a morning talk show host and handling his own grief, but with some help from his brother and father in law, Kenan is still able to be strong and present for his two daughters.

In his return to sitcom, Jamie Foxx plays Brian Dixon who becomes a single father to his daughter Sasha Dixon, played by Kyla Drew Simmons, when her mother passes away. In this Netflix series “Dad, Stop Embarrassing Me!”, Dixon does his best to teach and compromise with his teenage daughter while also learning more about her and from her.

In OWN’s hit drama “Queen Sugar”, Kofi Siriboe plays Ralph Angel Bordelon. Formerly incarcerated, Ralph Angel is a man who, upon his release from prison becomes a single father to Blue Bordeon, played by Ethan Hutchinson. Though he still struggles to stay on the right path for himself. Ralph Angel makes sure to do all he can for his son by building up their family farm so he can provide for Blue. During this process he even helps other formerly incarcerated men get their lives back on track.

Next on our list is none other than, Ray Campbell from “Sister, Sister”. Ray Campbell becomes a single father after his wife dies, but he quickly gains double the love and headache when he finds out his adopted daughter Tamera has a twin sister named Tia! Although he (eventually) had help from Tia’s mother, Lisa, played by Jackée Harry. There were so many notable moments when Ray was a great father to Tamera  that he’s made his way on to our list!

Known for his eccentric and comedic character, Grandad from “The Boondocks”, voiced by John Witherspoon, comes in at #5 on our list. It’s clear that Huey and Riley were definitely a handful, but Grandad always knew how to handle them and probably reminded us of someone in our families too.

At #4 on our list we have Flex Washington from “One on One”. Resistant to moving away with her mother to the middle of nowhere. Breanna Barnes, played by Kyla Pratt, convinces her dad to let her live with him. Though it was a rocky start, the two created an iconic dad & daughter duo that still lasts to this day.

How could we not include Monty from Daddy’s Little Girls? Played by Idris Elba, Monty fought tooth and nail for his three young daughters after the passing of their grandmother and neglect of their mother. Battling his own demons (and his ex-wife and her drug dealer boyfriend) Monty did everything in his power with his community on his side to get full custody of his girls, played by the McClain sisters.

Last but not least, we have Uncle George from ATL. Played by Mykelti Williamson, Uncle George was a no nonsense kind of guy, especially to his two nephews Rashad and Ant (T.I. and Evan Ross). Though he didn’t appear on screen much during the film, the impact that Uncle George had on his nephews was definitely a lasting one that deserves to be recognized.

Next on our list is Pops from “The Wayans Brothers”. Always there to provide even more comedic relief, Pops made sure to be there for Shawn and Marlon. Even if that meant causing his own trouble too. In another one of his iconic roles, John Witherspoon fit in perfectly with this cast just like family.

There you have it! So whether they’re on this list or not, single father or otherwise, thank you to all the father figures out there passing on their skills, wisdom, and love. Happy Father’s Day from all of us here at The Reel Effect!