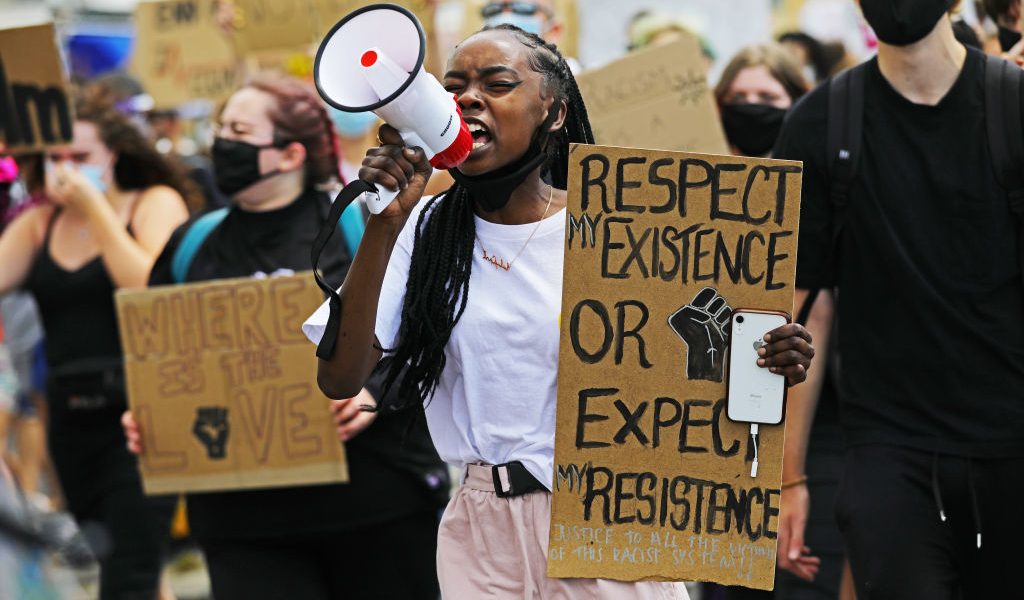 Pulling Up for #BlackLivesMatter

“Make America Great Again” has been this country’s slogans under our current presidential administration, but for most people of color know that this country was built on the labor and the land of those who are conveniently overlooked now. There have been countless movements spanning over the course of decades including The Civil Rights Movement, Stonewall, and The Women’s March. After over a hundred murders at the hands of police, the murder of George Floyd a 46 year old Black man who was stopped and killed over an alleged counterfeit bill, was the last straw and sparked a full resurgence of The #BlackLivesMatter Movement.

For the first time, Black voices are not only being heard, but being amplified, with major protest across all 50 states and even spanning to several countries. Although it has happened before, but never to this scale, are celebrities using their platforms to speak out about the injustices they may have faced as well as ones that Black Americans are subjected to.

In the earliest stages of this uprising, John Boyega was amongst the most vocal on his social media talking to his followers on Instagram Live about his platform and his duty to stand up for racial injustice; he’s also been seen marching at several protests in solidarity.

Other celebrities who are making the most of their platform include Kendrick Sampson (Insecure) has attended multiple protests as well as organized his own in Los Angeles, CA after being abused by police and hit with rubber bullets. “People are fed up and these systems are exposed. And it is forcing people to expand their imagination as to what’s possible.” he told ET in May. Keke Palmer was also shown on Instagram passionately speaking to police about governmental oppression and their duty to the citizens. J Cole, Jamie Foxx, Bryson Tiller, Ariana Grande, Tessa Thompson, Cole Sprouse, and Halsey including several other celebrities have shown up to support and aid in other protests. Other celebs have even donated collectively millions of dollars to bail funds and other aiding organizations across the country including Drake, who also challenged The Weekend to increase the donation amount, Janelle Monae, and Chrissy Teigen.

While this is all still happening during a global pandemic, it’s important to remember that these injustices are not one-time, scattered instances. There is a systemic problem in our police forces across the U.S. and reform is more than necessary. Education on this topic of #BlackLivesMatter is imperative for everyone to not only understand but acknowledge. For this, there are several resources available to lend insight into the issue. Netflix and Strong Black Lead have created an entire BLM collection to their streaming source dedicated to Black stories, specifically about the police brutality, the prison system in America, and racism as a whole. Some films and shows included are Ava Duvernay’s 13th and When They See Us, LA 92, Time: The Kalief Browder Story, Who Killed Malcolm X, and Miss Virginia. CEO Reed Hastings gave $120 Million in scholarships which will be divided between Spelman, Morehouse, and the United Negro College Fund. In hopes to ease racial tensions in the workplace.

Warner Media held “Listen, Understand, & Act: A Conversation on Race” employees as well as CEO Jason Kilar and CEIO Christy Haubegger were joined by author Dr. Robin DiAngelo and CNN’s Van Jones and Laura Coates. Warner Media stated that though they do donate to partner organizations and social justice programs they’ve found that in times like these money is not the only thing needed. They’ve given on-air inventory to Color of Change and the NAACP LDF with plans on adding more contributors. They have also expanded their involvement to assist more Black/minority creators by increasing their OneFifty innovation program with $500K to “seed issue-focused creative ideas from communities who often go unheard.” They’ve expressed their discontent and also provided group discussion outlets, counseling, and other remote resources for those affected and seeking education on racial trauma.

On a positive note, there is already so much change happening because of protest and the viral circulation of petitions. Minneapolis and New York officials have banned the use of chokeholds, Mayor Eric Garcetti has pledged to reallocate funds from the LAPD to other outlets for youth, and health initiatives, New York mayor Bill de Blasio have also pledged to cut the NYPD budget, and several other cities are in the process of considering police reform.

As we move forward towards change it’s important to remember that while performative acts of activism are kind and still necessary, what’s more important is companies holding to their words about doing more to be inclusive across the boards. The non-profit organization, “Pull Up for Change” is a “direct action movement”. The Instagram page, started by Sharon Chuter, is designed to unveil company statistics based on their employees, leaders, and demographics. It began with solely beauty brands but has evolved to major outlets like Google, Apple, and Nike. For companies to see and acknowledge the lack of diversity within them opens the opportunity for conversation and growth. It’s amazing to see the work that’s being put in by these brave citizens and celebrities alike as well as seeing the progress stem from it. Of course there is more work to be done, but the table is finally being shaken hard enough.