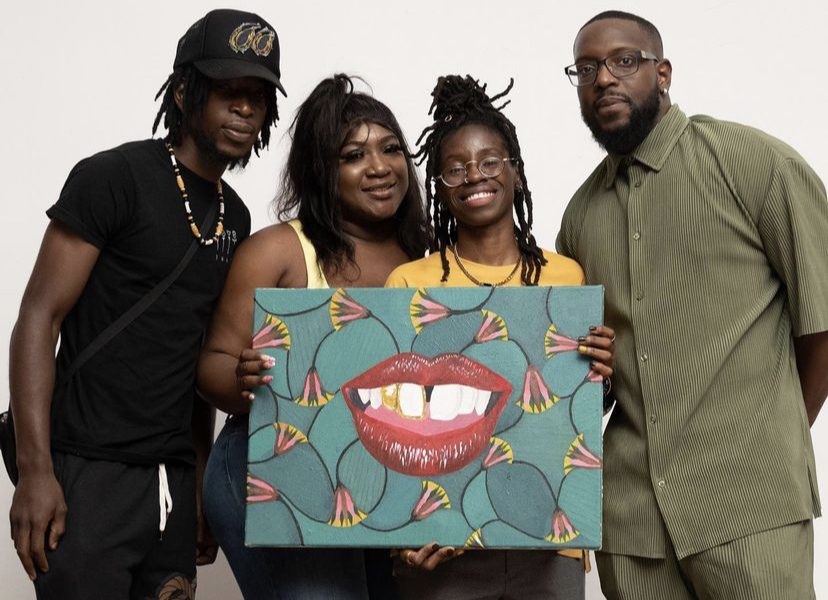 A Proven NY Film Festival That Leaves People With Laughter!

I woke up one day and proceeded to go about my daily routine; a cold shower, workout, indulge in green tea and avoid going to another film festival.

That is literally it.

I am a simple man, after all. I see film festivals, and I run in the opposite direction faster than Marcus Henderson in the classic movie Get Out. Outside of going for networking, the feeling of waste of time lurks in one’s mind. But, honestly, you see one film festival you have seen it all until I came across Smile Film Festival. Humans seek novelty, experience, moments, and rarity, and we get all of that with the Smiles Film Festival.

Smiles Film Festival was created seven years ago by Staten Island native Emmanuel Ojo. The name Smiles comes from Ojo’s “love of comedy and love to smile.” Ojo expanded on that thought by noting that “the world is scary. It’s sad; the only time you smile is when you see a baby; that’s the only natural smile.” Thus the focal point of what Ojo wants to accomplish with each event is for people to come to “Smiles and look forward to smiling. No matter how hard your day was, no matter what happened to you last week, we want to hear you smile because you feel like you are at home.” Ojo added on what he wants the mindset of people to be when they are leaving, “I want to people to be like, ‘yo I robbed him to go to Smiles, he only charged me this much, he’s an idiot.'” Ojo said with a big smile on his face and laughter in his voice. Ojo passionately finished the thought out with, “I want people to think, I got so much in such little time to be happy. So I had to go with Smiles. The S in the beginning and the S in the end; you come into the building happy, and you leave happy, and in the middle, there is a whole bunch of greatness at once.”

The greatness in between is the social aspect of the event. Ojo compared Smiles to a “Party, film festival, going out to eat, bring your girl on a date and chilling with your bros all at once.” With Smiles being a community of creators mashed all together. An example of this is the auctioning of local artist work. The theme of the work is to recreate the Smiles logo in the artist’s image. Ojo mentioned the effect the auction has on the artist,” last year an artist cried because that was the most she had ever made off her paintings. The reason why she cried is that people were fighting for her work.” Smiles also have comedians perform at the festival.

This is something Ojo said added a different level to the production, “The comedic aspect of Smiles brought a different light, outside of watching films and listening to music. You watch a film, listen to music, then boom, a comedian brightens your day.” Comedians became an integral part of the show. Ojo strategically placed their slot, using them as an uplifter after sad films or keeping the energy up after a high-level movie. “The film that the committee picked is somber, then boom, a comedian comes and makes you laugh and takes you out that moment that touches you from the film.”

Each event Smiles brings something new; Ojo recalled that they did a four-for-four-themed film festival on the 4th annual Smiles event. If people came in a group of four, there was a discount on admission tickets. Deals such as four merch for the price of one. It was a four-for-four meal packaged as truffle fries, burger sliders(Ojo made sure to point out that it was “fire”), wings with caviar, and a special drink. During covid 2020, Smiles had two projectors for indoor and outdoor to accommodate spacing guidelines. In addition, last August, Smiles had vendors for the first time. So each year, you can expect an entirely different experience from the year prior.

Ojo credited that to his team DJ Gleesh and Chef Theodore Victor. Ojo had high praises for DJ Gleesh, stating that Gleesh “makes sure he plays music that goes with the theme. For example, if it were a Halloween-themed event, he would play Halloween-themed music. He always played music that made people smile” DJ Gleesh also helps choose the presented films.

Ojo also sang high praise for Chef Theodore, “every year, he makes different and amazing food. One year he had chicken wings with caviar. Another year black waffles. Another year oxtail wontons. It was amazing.” Ending the praises with “Smiles would not be Smiles without those two people around.”

Hassane Soumahoro is a Editorial Intern here at The Reel Effect. Hassane loves creating content that makes people feel at ease. Hassane does flip flop between the age old argument of “what’s better a Chopped Cheese or a Philly Cheesesteak.”

Black Girls In Media Conference Touches Down In Atlanta!