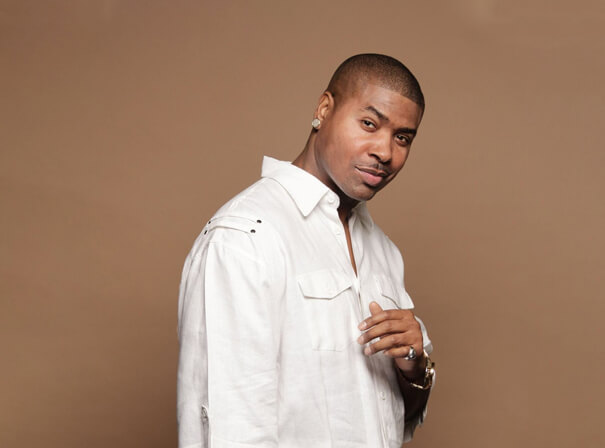 Tariq Elite Nasheed is a successful independent filmmaker and director. He is also an author of the New York Time best-seller, The Art of Mackin. As an independent Black filmmaker, Tariq Nasheed has generated astronomical success and has influenced other young Black people that are interested in becoming independent filmmakers.

Tariq Elite Nasheed describes his childhood as, “I grew up in Detroit with all the Black radicals as they used to call them. My mother grew up watching H. Rap Brown, the activist, and the Black Panthers so they would tell me about the rallies that were happening around that time in Detroit but I was too young to remember all of that stuff.”  Later, in Nasheed’s early teens his mother sent him to Birmingham, Alabama. Tariq Elite Nasheed did not like Alabama due to the extreme systematic racism that was taking place. As a result, Nasheed, a teen at the time, moved to South Central, Los Angeles on his own. When he arrived in Los Angeles, he experienced similar racism as Alabama. He thought Los Angeles would be more liberal but soon realized that was not the case. He emphasizes that “in a system of racism there is no such thing as liberal or conservative.”

Thus Nasheed, made it his mission “to tackle racism and trying to replace that with a system of justice.”  His docu-series educates audiences on the international preeminence of white supremacy and how it dominates all areas of activities. Commonly, through education, religion and scientifically. His films also encourage Black people to master a system of code that will enable them to demand justice. He constantly promotes the importance of Black independent filmmakers as it gives Black people the power to tell their true and real history through films or movies. As the miseducation and the propaganda surrounding our history is redundant. Independent Black films and Black owned streaming platforms can be effective in dismantling negative images of Black people in mainstream television and digital media.

Nasheed’s greatest influence was Dr. Frances Cress Welsing after reading her book, The Isis Papers. Dr. Cress Welsing inspired Nasheed to become a filmmaker and author, leading him to eventually produce the Hidden Colors documentary series. He was also inspired by the suppression of history behind the aboriginal and the indigenous people of the Americas. In 2010 while vacationing in Sidney, he could not find any evidence of the aboriginals and the indigenous people there. He asked the locals about them, but they were embarrassed about the question and ignored him. The action he got from the locals were as if these people were nonexistent. After that trip, the rise of Nasheed’s impressive film resume began. As his motive was to do a project that would wake up Black people or educate them on their hidden history. Particularly, on the aboriginals and the indigenous people of the Americas.

With the use of his own finances and the support of the Black community, Nasheed has produced the Hidden Colors documentary series. A series of films that discuss the raw and the unfiltered truth of why the contributions of African and aboriginal people have been left out of history. The untold historic events and the marginalization of people of African descent in America and the world. The Hidden Colors series features scholars, historians, and social commentators like Dr. Frances Cress Welsing, Dr. Booker T. Coleman and civil rights advocate, Michelle Alexander, author Shahrazad Ali and Dr Umar Johnson.

These participants debunk the myths surrounding the original image of Christ; the true story about the Moors; the original people of Asia; the great west African empires; and the real reason slavery ended. Nasheed also produced and directed the documentary film 1804: The Hidden History of Haiti, and now Buck Breaking.

Buck Breaking is a film that dismantles the history of sexual exploitation of Black men and boys. Based on the film, buck breaking is a term used to describe the use of sex as a weapon to break down a Black mans soul, spirit, and his ability to fight back on the plantation. The master would take the strongest, most resilient, and most masculine Black man and sodomize him in front of his wife, children, and the community. This gruesome and hideous practice was to make Black men appear weak and powerless. The film underlines that this degenerate sexual exploitation of Black men eradicates their manhood and suppresses their natural inclination or wiring as a protector. The film points out that sexual degeneracy was common during the Roman and Greek era way before slavery began. In addition, this historical sexual exploitation or buck breaking of Black men is potent still today. This documentary has awakened its Black audience and others. Buck Breaking is revolutionary in terms of understanding the times we live in today.

At The Reel Effect, we are dedicated to promoting and supporting the diverse work of independent filmmakers. Thus, we believe that Tariq Elite Nasheed’s work is impactful and instrumental in the progression of revealing Black history and Black stories.

Orlande Fleury is a writer, scholar and a researcher. Ms. Fleury graduated from Brooklyn College, the City University of New York, with a Bachelor of Arts Degree in Communication and a minor in Political Science. She also acquired her Associate Degree, with a major in Communication Studies, from Borough of Manhattan Community College(BMCC). As a writer her aim is to inspire, educate and inform.