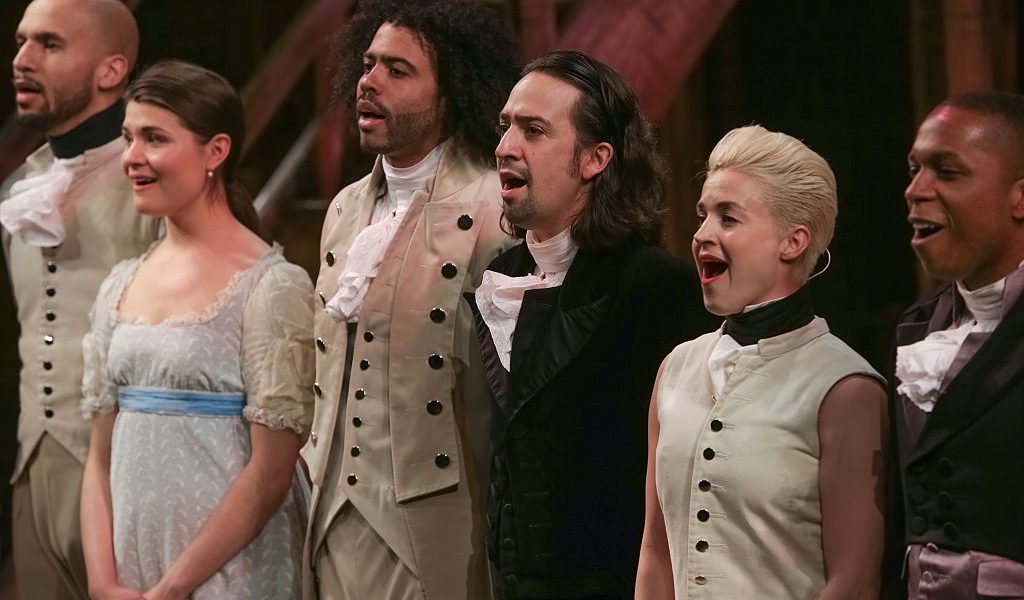 They Will Never Be “Satisfied”: “Hamilton’s” Cast Speaks On the Musical’s Controversy

While we all still stay at home and do our part to lessen the spread of COVID-19, Disney+ and Lin-Manuel Miranda have graciously gifted us with the phenomenon that is Hamilton. A short backstory of what is now a growing sensation began in 2009. Miranda first presented his creation at the White House at “An Evening of Poetry, Music, and Spoken Word” for former President Barack Obama (p.s. we miss you!). During his introduction Miranda stated that he felt former treasury secretary Alexander Hamilton’s life “embodied hip-hop”. From then on Miranda worked extremely hard in crafting the product that is unbelievably beautiful with a full cast featuring leads with all people of color, much unlike history. Miranda told VIBE, “It’s not an accident that we have black and brown bodies playing these founders.” Though the cast itself is not under any scrutiny it is the actual history behind the characters giving fans and critics pause.

Anyone who has seen the show cannot deny the talent shown on stage, but the historical aspect casually omits character details. The story line follows the direct line of Alexander Hamilton’s life during war, through marriage and children, and drafting the U.S. Constitution, and though a few verses and characters mention slavery, the topic never bubbles to center stage. This has caused conflict for some viewers not being able to separate the artistry and performance from historical facts. Soon after the release of the #Hamilfilm, people took to social media and #CancelHamilton started trending.

Many are outraged because these historical figures did own and/or trade slaves but Miranda did not mention that within the musical. On the other hand, the musical is being praised as a cultural masterpiece nonetheless. Miranda himself said, “Listen, I didn’t care about these people either…all I knew was that he was the white guy on the $10 bill and he died in a duel. And then I picked up this history book and my way in was that he grew up in the Caribbean and he came from somewhere else. And so that was my way into the story.” From this perspective it is easier to see that this production was not to glamorize a slave trader but to tell the story of his life and what he did with that life, and as an audience our job is to connect with that.

Daveed Diggs who plays both Marquis de Lafayette and Thomas Jefferson, along with Okieriete Onaodowan who plays Hercules Mulligan and James Madison spoke to Vulture on Two Friends: A Nice Time Hanging Out With People Who Know Each Other Well discussing the show. When asked a fan question Diggs said, “I definitely appreciate everybody questioning it, and I think we should continue to do that, and hold our creator accountable, and hold our creative spaces accountable.” Finally Lin-Manuel Miranda took to twitter replying to @broekymcpoverty’s tweet saying, “…I really like that this conversation is happening. Hamilton the play and the movie were given to us in two different worlds and our willingness to interrogate things in this way feels like a clear sign of change.”

Miranda’s direct response stated, “Appreciate you so much…All the criticisms are valid. The sheer tonnage of complexities and failings of these people I could not get or wrestled with but cut. I took 6 years and I fit as much as I could in a 2.5 hour musical. Did my best. It’s all fair game.”

In review, we should keep in mind that any type of art, at its core, is and should be challenged whether in a historical or performative context such as this. It is important to call out history and the flaws that were made by our founding fathers but now, in an election year, it is imperative that we be critical towards the future we are all creating now.