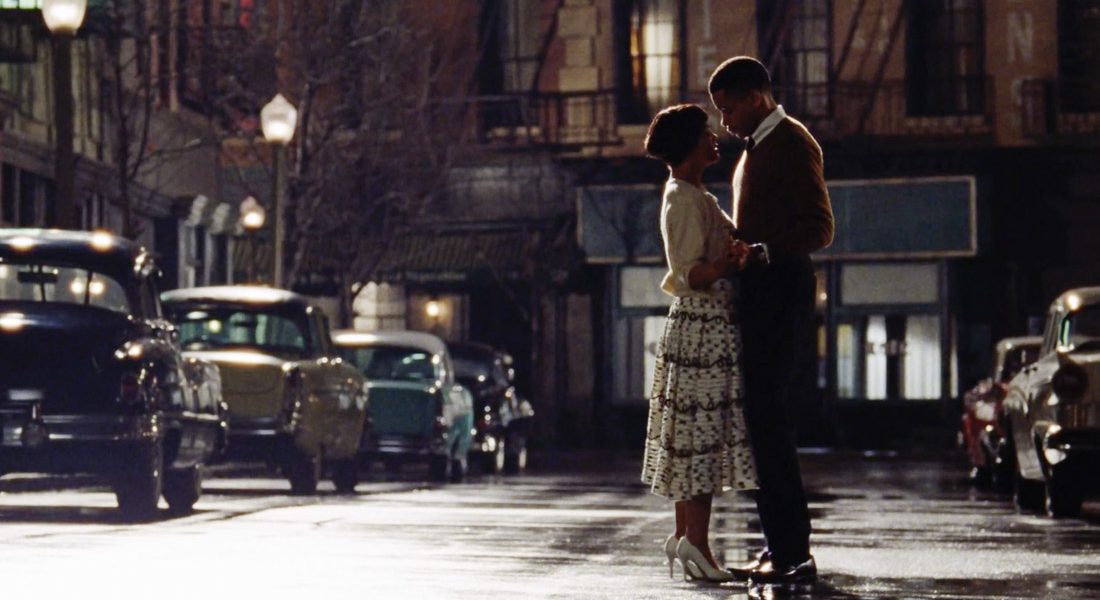 Love and romance fill the air every Valentine’s Day and many of us love seeing the colors pink and red, and planning fun nights with our loves or best friends. Of course this year is a lot different with the pandemic still in full swing where dating has not been easy for many of us this past year. That is why on the latest episode of Shit Black Girls Watch podcast we broke down our favorite Black romance movies and we have a film for every Valentines Day occasion!

Valentines Day is not always a good memory or time, for many it can be the sharp reminder of an ex lover, or an area of growth and independence in your life. No matter the mood or occasion you can wallow, yell, laugh, or lift your spirits with this list of movies.

Want to hear an audio version of our this list and a funny Valentine’s Day conversation? Tune into season two of Shit Black Girls Watch podcast now!

Love & Basketball – Directed by Gina Prince-Bythewood in 1990 Love & Basketball has become not just a classic black film but a cult classic in general. The film follow two kids, Quincy and Monica, as they navigate adolescence, college, and adulthood trying to pursue both of their dreams of becoming professional basketball players. This film reminds so many of us of that innocence of young love and the butterflies of first kisses, dates, dances and so much more.

The Wood – The Wood is another coming of age film, following a group of three friends we see them reminiscence about their adolescence on the wedding day of one of the men. Set mostly in Inglewood, California in the late 90s this was the directorial debut of Rick Famuyiwa (Brown Sugar, Our Family Wedding, Dope) better known today as being an executive producer of The Chi. The film stars Mike (Omar Epps), Roland (Taye Diggs), Slim (Richard T. Jones)

Waiting To Exhale – This throwback black love movie stars Angela Bassett as Bernadine, Whitney Houston as Savannah, Loretta Devine as Gloria, and Lela Rochon as Robin. Four women going through the trails and tribulations of single life, dating, marriage, and putting themselves first.

Nappily Ever After – This beautiful movie on self exploration stars Sanaa Lathan, Lyriq Bent, Lynn Whitfield and more tells the story of Violet, a successful marketing executive who finds herself trying to heal after breaking up with her boyfriend. Along the way a hair mishap at the salon leads her to shaving off all her hair and reconnecting with herself along with the help of the soulful salon owner and his daughter.

A GOOD TIME BUT NOT A LONG TIME

About Last Night – Starring Kevin Hart, Regina Hall, Michael Ealy, and Joy Bryant this romantic comedy will have you in stitches this Valentines Day. This 1986 remake, follows two couples from the bar to the bedroom and how they manage the ups and downs of a one night stand turning into love.

Deliver Us From Eva – Three men take desperate measures to hook up their over bearing sister in law (Gabrielle Union) when they hire a playboy (LL Cool J) to seduce and hopefully loosen her up. With guest appearances by Meagan Good, Duane Martin, Essence Atkins, Kim Whitley and more. You should definitely add this to your Valentine’s day movie list.

SOMETIMES WE NEED A FANTASY

Beyond The Lights – This beautiful love story follows celebrity singer Noni (Gugu Mbatha-Raw) as she deals with the pressures of notoriety eventually meeting police office Kaz who helps her rediscover herself and put herself first.

Coming To America – This legendary movie may need to be rewatched this Valentine’s day weekend especially if you are looking for a happily ever after love story. Coming To America stars Eddie Murphy as Prince Akeem who travels across the world to Queens, New York to find the woman of his dreams, the love of his, to bring back home to the Kingdom of Zamunda and make his queen.

Queen & Slim – This ride or die movie stars Daniel Kuluuya as Slim and Jodie Turner-Smith as Queen following them as their first date turns into a traumatic evening after they are pulled over by the police. Written and directed by Lena Waithe this film was her directorial debut and guest stars Mike Epps, Indya Moore, Bookem Woodbine and more.

Sylvie’s Love – After a summer romance with a saxophonist, Robert (Nnamdi Asomugha), that worked at her parents record store Sylvia (Tessa Thompson) moves on to find herself married with a daughter when she reconnects with Robert five years later. They discover their feelings for each other have not faded over the years and now Sylvie has to reveal some dark secrets and decide the life she wants to live.

Love Jones – This legendary, romantic drama stars two artists Darius (Larenz Tate) an aspiring writer and Nina (Nia Long) an aspiring photographer, who meet at a night club and bond over art, poetry and music. They quickly start to build a relationship until Nia decides to try to make things work with her ex-boyfriend