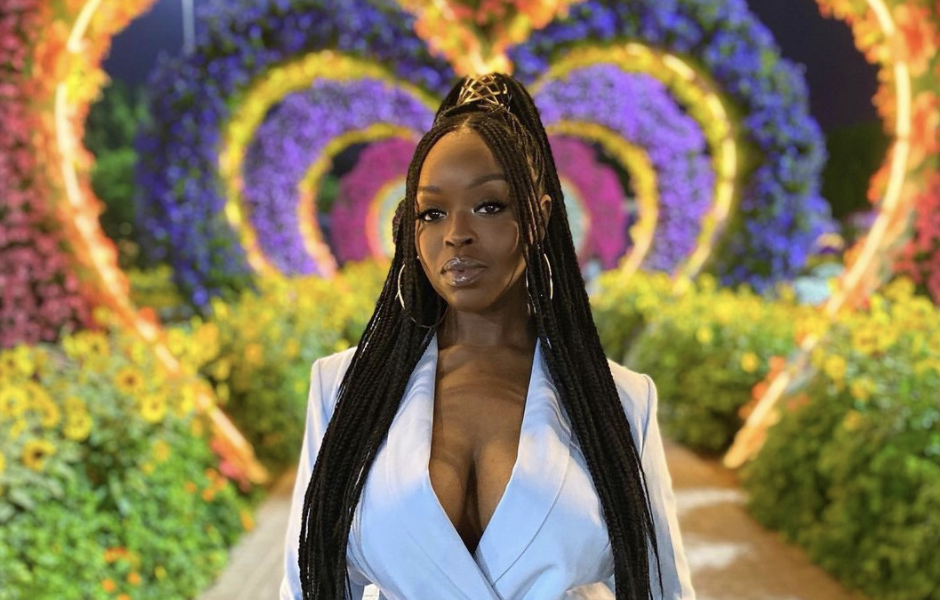 Social media influencer and comedian, Nnenna B, sure knows how to keep a bag or few coming. The Nigerian American entertainer has garnered a massive social media following through her captivating content across various platforms.

You may have spotted Nnenna’s most popular video all across social media, a reaction video filmed with her dad, Baba. In 2018 Nnenna, experienced the true meaning of viral when the reaction video racked up over thousands of views. The video which captures Nnenna’s dad hilarious reaction to a video of a woman using corn to cornrow her hair. Both Nnenna and her father planned the video beforehand and knew the original video was staged but Nnenna did not expect the buzz that followed after the video was released. “It was reposted everywhere,” Nnenna exclaims. Celebrities such as Snoop Dogg and blog pages such as the Shaderoom reposted the video marking the beginning of a new chapter for Nnenna’s career.

Nnenna’s social media journey began when a friend started posting pictures of her on Tumblr. “ I had a friend who would do my hair in different styles, take pictures, and post them on social media”. Nnenna’s popularity continued to grow as she transitioned and began posting more content on Instagram. A large majority of her content focusing on beauty but also comedy that included reaction videos, skits, and collaborations with her family. How does the other star of the video, Baba, reaction to the fame? “He loved it and was proud”, says Nnenna. “He says he always knew he was meant to be a star!”

With the ever increasing popularity and buzz, Nnenna knew she was ready to elevate the social media influencer aspect of her career and take her bank account right with her. Especially, after a friend made six figures as an influencer. In 2019, that changed when Nnenna made six figures, “I made six figures in 2019. The year before I made almost $4,000 and I am now making six figures, so it’s like what’s the next step? Eight figures?”

Regardless of her success so far, Nnenna makes sure to always do her research before pitching ideas or taking on an influencer campaign. “I always do my research before I start developing content. What does the brand expect?” Once that part is tackled’ the only things left for Nnenna to do are pitch the idea, get the approval, and let the dough roll in.

Taping into acting is currently on Nnenna’s list of future endeavors, or possibly starting a beauty line. With all the possibilities and ideas brewing, Nnenna is bound to surprise her supporters, and keep expanding her social media presence. In the meantime, make sure to follow Nnenna on social media to catch some laughs from her previous content.