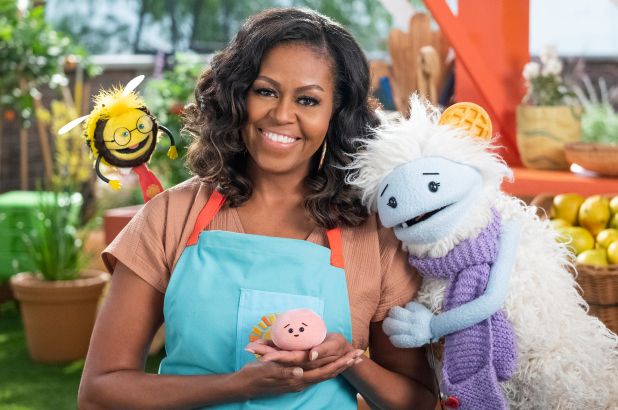 Every month The Reel Effect gives you the only list you need for March television and movies releases starring black talent! This month we have 16 black centered projects to tell you about, check them out below!

Biggie: I Got A Story To Tell brings us into the early life of Christopher Wallace and how he learned his rap style and developed his rhythm. Directed by Emmett Malloy and written by Sam Sweet, the documentary is promised to show never before seen footage of Biggie before the fame and includes interviews from Biggie’s mother Voletta Wallace, Sean “Diddy” Combs, Faith Evans, and Lil’ Cease of Junior M.A.F.I.A., and more. Check out the clip above to see an interview from Biggie’s neighbor, jazz saxophonist, Donald Harrison.

The six episode series, Soul of a Nation, premieres on March 2, on Tuesday nights giving a nationwide glimpse into Black culture. The series is focused on “exploring the authentic realities of Black life by exploring specific themes, including spirituality, Black joy, activism in sports and the racial reckoning that erupted after George Floyd’s death.” ABC News will air the series but viewers can catch Soul of a Nation on demand the next day on Hulu.

Celebrity hair stylist, Dr. Boogie, is ready to transform heads and lives with this new make over show on ALLBLK, a black owned streaming service. Dr. Boogie’s celebrity clientele includes stars like Taraji P. Henson, Eve, and Vivica Fox, but this time Dr. Boogie will be working with women that have faced traumatic hair problems and help them feel confident with their natural, beautiful hair. Tune into the premiere on Wednesday, March 3.

Finally, the highly acclaimed sequel to Coming to America is here after 33 years with the original cast on boards and many surprise guest appearances. Coming 2 America stars Eddie Murphy as Prince Akem who surprisingly finds out he has a son in the United States and he must return to New York to find his son and groom him to be the next Prince of Zamunda. Alongside this task, his kingdom is at war with a neighboring country, Nextdoria, run by Wesley Snipes character General Izzi. Coming 2 America premieres Friday, March 5, on Amazon Prime Video.

Boogie follows the life of Alfred “Boogie” Chin, a star basketball player in Queens, NY that one day dreams of making it to the NBA, regardless of how difficult it may be. Boogie is forced to figure out how to balance school, love, tension on the court, and still maintain pride and dignity for his Asian family and culture. Boogie is the directorial debut of Eddie Huang and also the acting debut of Bashar Jackson, most famously known as Pop Smoke. Boogie hits theaters on Friday, March 5.

On Friday, March 5, Disney studios brings us an animation film set in the beautiful, fantasy world of Kumandra. “Long ago, in the fantasy world of Kumandra, humans and dragons lived together in harmony. However, when sinister monsters known as the Druun threatened the land, the dragons sacrificed themselves to save humanity. Now, 500 years later, those same monsters have returned, and it’s up to a lone warrior to track down the last dragon and stop the Druun for good.” Starring a predominately Asian cast, Raya is played by Kelly Marie Tran and the humorous Awkwafina plays Sisu, a goofy young water dragon who can transform into human form.

Oprah with Meghan and Harry: A CBS Primetime Special – 3/7 – CBS

Have you missed the Duke and Duchess of Sussex lately? Well, Oprah Winfrey has you covered with an exclusive interview with Meghan Markle and Prince Harry. This will be the couples first televised interview since they left the royal family and moved to the United States. The interview is set to air on CBS, Sunday, March 7, at 8pm EST.

If you are a mega fan of Bravo’s Married To Medicine you may be in for a shock this season as Lisa Nicole Cloud and Kari Wells return for season eight! The ladies of Married To Medicine will also be welcoming a new cast mate Anila Saija, the wife of ocular surgeon, a mother of two, a fashion blogger, and a friend of Toya’s. Check the clip above to see all the craziness that is happening this season and tune in Sunday, March 7, at 9pm/8c.

The crime dramedy starring Christina Hendricks, Retta, and Mae Whitman a group of suburban housewives that take desperate measures to fix their debts only to find themselves getting deeper and deeper into the money laundering game. The show returns for another season of high stakes crime dealing and we’re praying no one else dies or goes to prison! Catch the trailer above before the season four premiere airing Sunday, March 7, at 10pm/9c.

Last Chance U: Basketball is a spinoff of the Netflix original Last Chance U (football) both created by Greg Whiteley. This time we follow the lives of junior college basketball players in California during their 2019 – 2020 basketball season. The show premieres on Netflix on Wednesday, March 10th, click on the trailer above for an inside look.

Waffle and Mochi is the adorable new Netflix show staring former First Lady, Michelle Obama, joined by puppet Mochi and several special celebrity guests as they explore, cook, and eat foods from around the world. Tune into Netflix on Tuesday, March 16, for a deliciously, entertaining surprise.

WE TV’s reality show, Waka and Tammy: What The Flocka is back for season two where the show follows rapper Waka Flocka Flame and his wife Tammy who is also pursuing a music career. Will they make it through the season? The season picks back up with the couple navigating their new normal trying to navigate big financial loses because of the pandemic and career pivots. Catch the couple Thursday, March 18, at 9pm ET/PT.

Based on the Marvel comics Sam Wilson (Falcon) and Bucky Barnes (Winter Soldier) the six episode series takes place after The Avengers: Endgame. Anthony Mackie and Sebastian Stan are a mismatched duo teaming up for global adventure that will test their abilities, strengths, and patience. Tune in to the series on Friday, March 19, on Disney + streaming service.

The Emmy nominated, anthology series, Genius, starts season three highlighting the Queen of Soul, Aretha Franklin. Actress, Cynthia Ervio, plays the legendary singer and civil rights activist in the eight park season. National Geographic says the series “will explore Aretha Franklin’s musical genius and incomparable career, as well as the immeasurable impact and lasting influence she has had on music and culture around the world.” Watch the premiere on Sunday, March 21, at 9/8c on National Geographic as well as on Hulu the next day.

This groundbreaking transformative, transgender show follows the journeys of trans and non-binary young adults leading up to a big life event while hosts and mentors help them explore their inner identity and passions. Shine True is hosted by Canadian transgender musician, artist, activist and life-coach Lucas Silveira (The Cliks) and gender non-conforming influencer, activist and model Richie Shazam. The half-hour series premieres on OUTtv in Canada and on Fuse in the U.S on Monday, March 22, at 10 p.m. ET/PT.

Tina, an HBO documentary, includes footage that spans six decades of Tina Turners iconic career, following her rise to fame, and her personal and career struggles. The documentary will premiere Saturday, March 27, at 8 p.m. ET on HBO and will also be available on HBO Max.